Looking back after 6 months

It has been six months where I had plenty of ideas of blog posts to write, but also six months full of getting settled, adventuring around Washington state including various hikes, had family and friends visiting and having no less than two trips back to Denmark - as you can probably guess; It hasn't been boring!

I must admit, moving to the US was really easy for me - the first 40 days was somewhat tough as my wife was still in Denmark; but I was so busy finding an apartment, leasing a car, getting furniture and settling in my new position on the Azure Dev Test Labs/Azure Lab Services team, that I had plenty of things to do.

Finding a place to live in the Seattle area is a jungle - there are a ton of places and none of them really look like the photos they advertise online.

At the same time, you get the cheapest price on leases of 15 months, but you can't get any longer terms than that - This is nothing like the apartment renting market we know of from Denmark - although my last "apartment" I rented was my dorm room more than 5 years ago, it didn't change that much.

I Denmark you would typically rent an apartment for 2 years, after which you would find another one if leasing through an individual or a company that rents out to expats. If you sign up for publically available apartments, they are typically yours until you decide to move somewhere else - not to mention how renters are protected from overpricing and is nearly impossible to kick out.. All of this, very different from the US experience.

But on the other hand, I have never had this many amenities available! A pool, two gyms, two "home cinemas" and much more - a thing I would kinda wish we had more of in Denmark!

I didn't get a drivers license until i turned 28 - most Americans, and some of my Danish friends, think I'm crazy - but i didn't have a strong need for it before.

In Denmark I had public transport and a bicycle that could get me around most places - and whenever I really needed a car, I would typically go with friends or family with a car available.

When I finally got my license, I got used to having a car - but living in Copenhagen - I could probably have kept living without it - In the US on the other hand, probably not.

Seattle Premium Outlets is pretty close by our apartment - it's only a 45 min drive!

During a recent stay back home in Denmark, I uttered that Seattle premium outlets is pretty close - it's only a 45 minute drive and immediately the reaction was how I had gotten used to the distances over here - everything is "far" away, but everyone has a car - so it is really not an issue.

I must admit though, I kinda miss having the option of walking down the street for 5 mins to grab essentials from a grocery store available 24/7..

Washington state is a beautiful place! We have already been on a few hikes around the state, including a super memorable trip to Olympic National Park from which the header photo of this post was taken.

But also hiking up to "Poo Poo Point" was a fun trip - and a couple of weeks ago, we did the Sunrise Hike on Mount Rainier 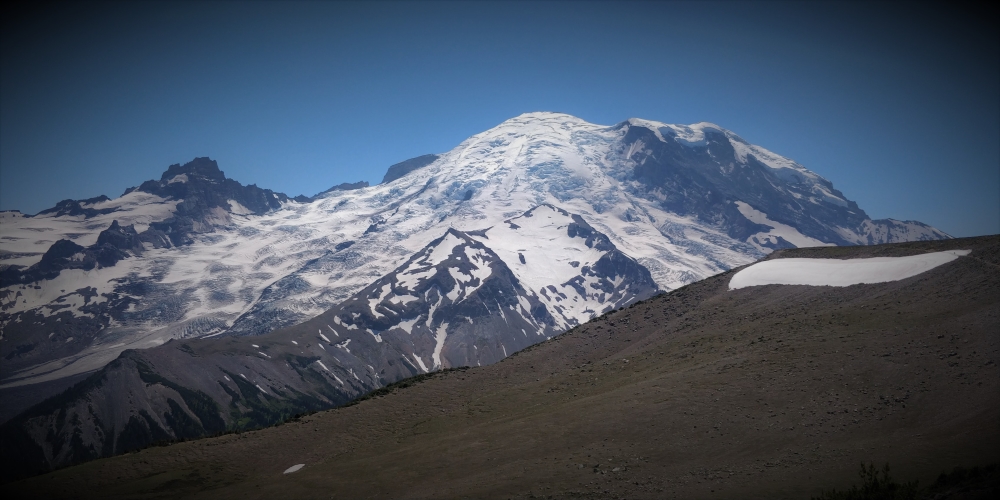 Another thing we have really been enjoying so far, and will continue to enjoy - is the amount of concerts we can attend - for obvious reasons it's easier to attend concerts with huge well known bands over here, first and foremost many often have at least one American tour for every European tour they do - and with more shows in each location as the sheer amount of people nearby will allow for that. Only rarely does bands have more than one or two concerts in Denmark - making it nearly impossible to get tickets.

We had a blast going to the beautiful Gorge Amphitheater in Quincy, WA - next time we will definitely go for their camping options instead of having to drive back the same night after a great concert with Kings of Leon. 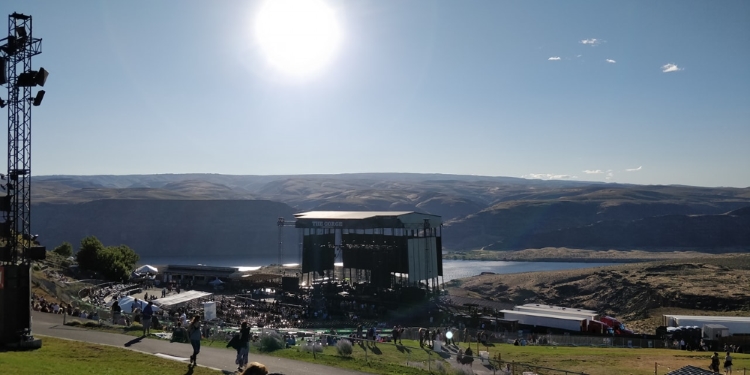 As mentioned in 5 years at Microsoft and the hard part of living abroad it's not just fun and games - I had the unfortunate event of a family member passing away. It was a no-brainer that I had to go back for the funeral - but being so far away when life events like this happens is tough and that is one long flight..

Was it the right decision to move?

Yes - a thousand times yes! Recent events as described above, only emphasized the importance of living life while you can - you never know if there is a tomorrow - with that in mind, for me - it was the right move!

Living abroad really does something about ones perspective of other nations - I have definitely learned a lot about the US even in this "short" period of time and I am sure there will be many more experiences and "aha"'s to come.

One thing is certain, we are far from done with our American experience and we will keep exploring both Washington state, as well as the rest of the us - hopefully taking the time to blog about our trips!