The past week has seen a lot of new releases in "Microsoft-land". First and foremost, Windows 10 is now out for Windows Insiders as the "RTM" build - and even though Windows is now SaaS, the status is still significant for the OSG as well for the entire company - We all know how significant Windows 10 will be in our future; in desktop, laptops, tablets and last but not least; the all important mobile! The latter is supposed to get some love over the next couple of months, before Windows 10 for mobile devices launch later this year. 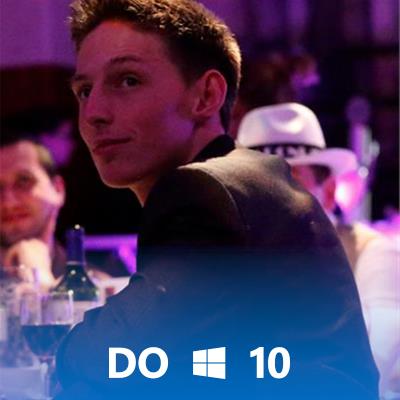 But not only did Windows 10 RTM and see its first update before it landed in the hands of anyone outside the walls except for insiders; developers have seen some Microsoft love as well - with the release of Visual Studio 2015 and TFS.

Visual Studio 2015 is also showing significant changes over the previous version, opening up to the developer community and using 3rd party tools instead of trying to re-invent the same, including support for developing mobile apps for Android and iOS!

Instead of writing the same as the official websites, please check out Somegar's blogpost, Visual Studio 2015 and .NET 4.6 Available for Download and start building those apps!

Marking my 2nd year as FTE

Another small thing that happened in the past week, is marking my 2nd year as an FTE in Microsoft. I started out as a student worker back in 2011 and in the summer of 2013, when I graduated from DTU I also transitioned to be an FTE. Following the tradition, this was celebrated with 2 pounds of m&ms